Yes, you read that right – This is a twist on the standard Bloody Mary made with real Eastern NC BBQ Sauce.

I usually use my own recipe for BBQ sauce, but when I’m in a hurry, I prefer George’s Original – it’s a touch sweeter than mine, but that’s not a bad thing!

I’m still perfecting this one – I like a little more Worchestershire sauce, and I really like the added pickle juice. This is really a base, and you can build on it to take you wherever you want to go! 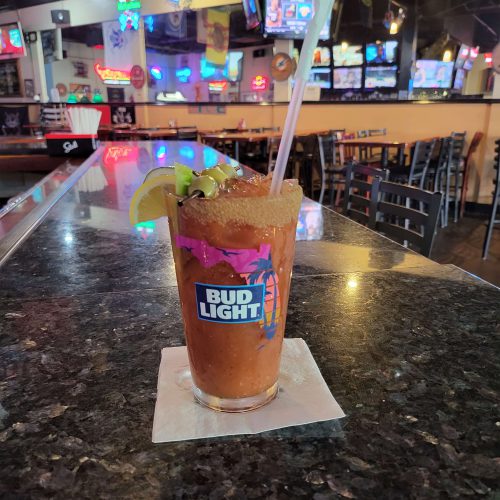 The reason this works is quite simple – Eastern NC BBQ sauce is a simple Vinegar based sauce that’s fairly thin, but packs a nice punch.  You can use any sauce, such as my recipe Eastern NC BBQ Sauce, or when I’m in a hurry, I like George’s Original BBQ Sauce – it’s a bit sweeter but it really works.

You can add pickle juice or even jalapeño juice for an added bite.  You can also use your favorite Bloody Mary seasoning mix, just be careful with the heat – the BBQ sauce replaced the hot sauce and vinegar found in most recipes, so spiciness is built in.
Keyword BBQ Sauce, Drinks